When a 60-year-old father of the bride-to-be just recently questioned me about the necessity of a photo booth, my only response was to gently push him into the photo booth with his group of delightfully sloshed wedding visitors. Daddies. They were all daddy to somebody at the wedding event, and they initially had a difficult time comprehending why ‘the kids’ would queue at the photo booth. Certainly, the truth that everyone had cellular phone suggested that this was gimmicky (and I think among numerous things that had actually tallied approximately the relatively inescapable blowing of the wedding event budget plan …).

The very first photo on the strip was quite tame, with the group annoyingly shuffling around, half-smiling. Photo number 1 appearing on screen revealed some half-closed eyes and mouths caught mid-sentence, which set us up for some roars of laughter that made their way onto photo number 2. We were getting there … But when photo 3 presented us with a rogue member of the system all of a sudden putting on a Rastafarian head piece, we were in business! 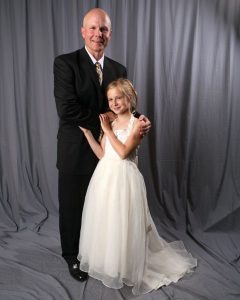 While I was pleased to see them experiencing the booth for what it was– just a great deal of fun!– the real winning moment for me was later on that evening, when the leader of the pack pulled his child by the hand into the booth for a moment that would just be theirs to share. At a wedding event so jam-packed with guests and a roaming photographer there to catch the big minutes, the few private minutes the bride and her dad had alone in the booth together, pulling funny faces and suggesting props to each other seemed like a true bonding minute.

I liked thinking about the duplicate prints they walked away with going up on 2 different refrigerators, in two various houses and the beautiful connection there remained in those photos often being glimpsed at exactly the very same moment.